The University of the Basque Country (UPV/EHU) through the ‘Bilbao School of Engineering’, the first modern faculty of engineering in Spain, is delighted to be hosting the 15th European Wave and Tidal Energy Conference on 3rd to 7thSeptember 2023, and welcoming the wave and tidal community in the Basque Country, located in the western Pyrenees, straddling the border between France and Spain on the coast of the Bay of Biscay. The largest city is Bilbao, awarded in London with the “Best European City 2018” prize by the international academy of Urbanism, counts with a population of approximately 350,000 inhabitants. Direct flights are available from numerous destinations from major European and international cities throughout the world, with the largest Atlantic port of Southern Europe.

The conference will be hosted at the Paraninfo Hall of the University, an emblematic modern building of approximately 9,000 metre squared, close to both the IBERDROLA TOWER and the GUGGENHEIM MUSEUM, designed by the laureated Portuguese architect Álvaro Siza, located in the centre of Bilbao within easy reach of public transport (metro, bus, tram, and taxi ranks within very short walking distances).

The commitment of the region to renewable offshore energy is already a real scenario which awaits a promising future after hosting ICOE 2010 in Bilbao and ICOE 2022 (San Sabastian). Supported by three main pillars -infrastructure, research, and training- it continues to grow and move in a sustainable way towards future changes in energy supplies. It is perfectly aligned with the Research and Innovation Strategy (RIS3) of the Basque Country with a specific priority area on wave energy, according to the Spanish Science and Technology plan. The Basque Government, through its Energy Agency (EVE) has been promoting ocean energy since 2004. Thus, in 2011, the first plant with unique characteristics in the world was launched, based on the use of wave energy through the construction of a new dike at Mutriku, which uses Oscillating Water Column (OWC) technology with 16 turbines and a total power of 300 kW. In 2016, the first floating wave energy device, was installed and connected to the grid at BIMEP (Biscay Marine Energy Platform).

Finally, it was also supported by the JRL-ORE (Joint Research Lab. on Offshore Renewable Energy), which counts on a number of national and international collaborative institutions such as universities, public administration, research centres, private companies and other associations, which have pledged their full support to this internationally renowned conference, so it would strongly contribute to the value chain in this strategic field.

We hope to see you all in Bilbao next EWTEC’23 ! 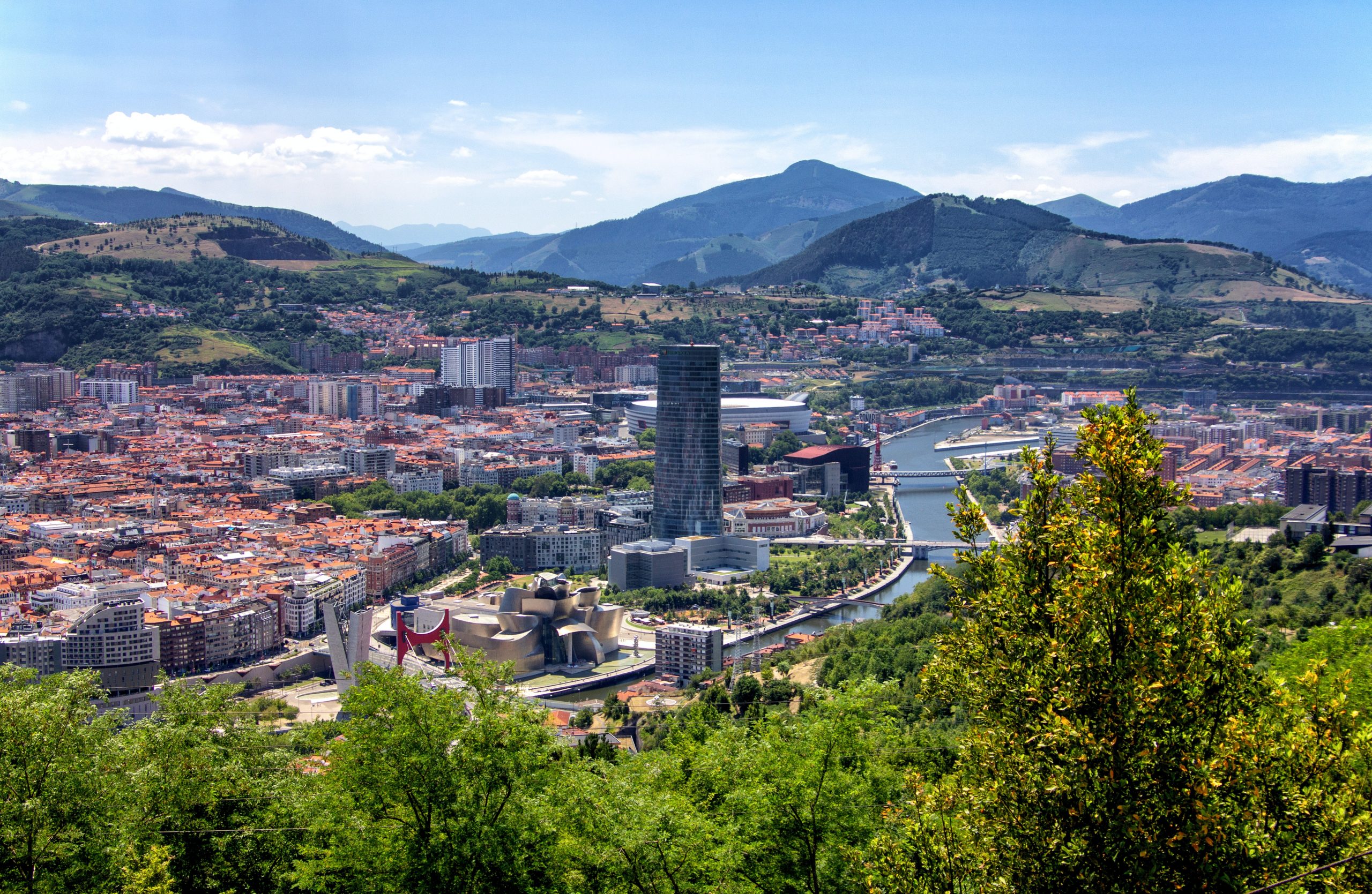 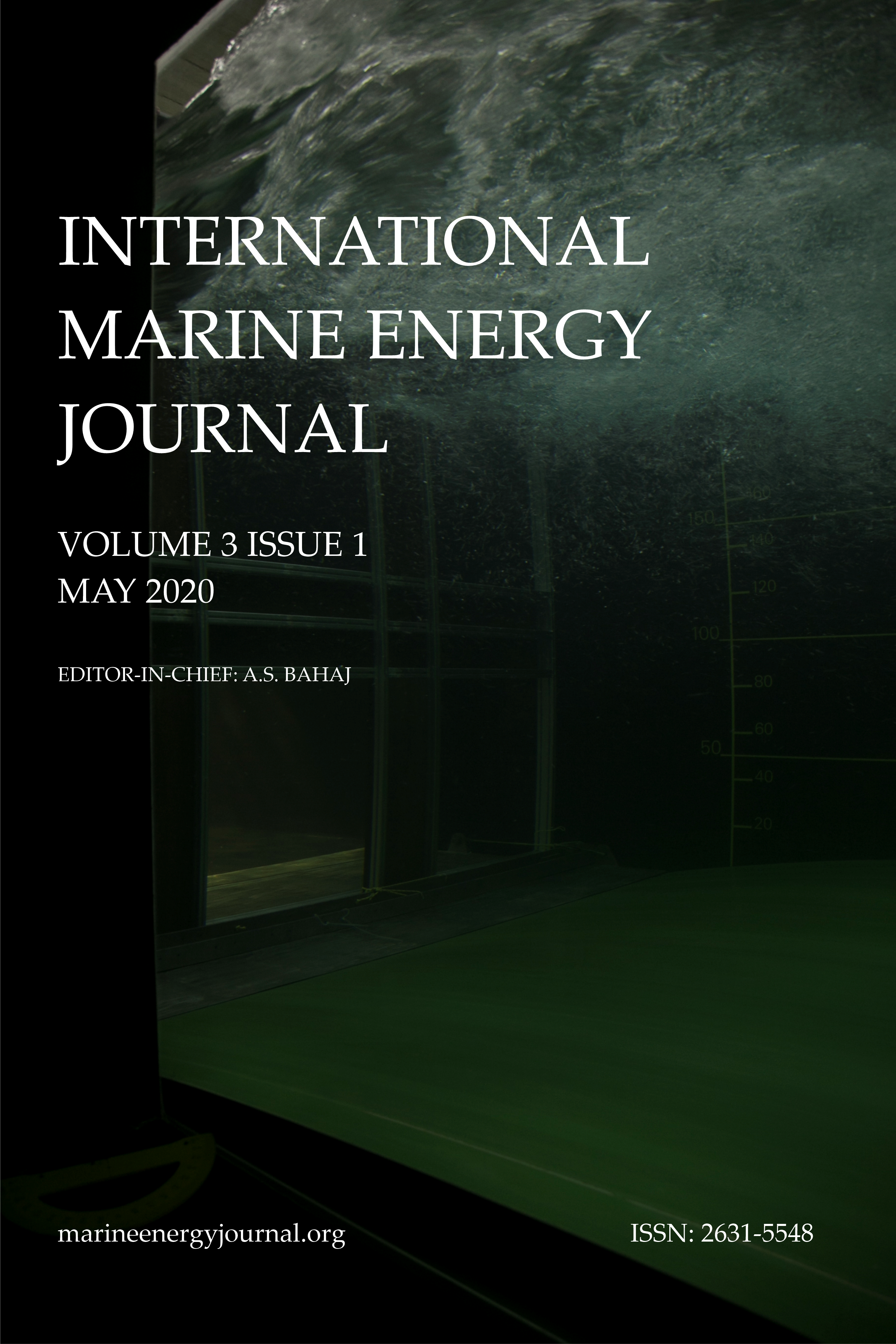 Outstanding papers will be selected and considered for review and publication in the International Marine Energy Journal (IMEJ). The IMEJ (ISSN 2631-5548) is the associated journal of the European Wave and Tidal Energy Conference with all papers given a unique doi number.

The conference will take place at the Bizkaia Aretoa (click here for a virtual tour), located in one of the most emblematic parts of Bilbao. The L-shaped building opens out onto the estuary and the Guggenheim Museum, right in the centre of Avenida Abandoibarra, between the Padre Arrupe footbridge and the bridge known as the Puente de Deusto.

See the plans below for the location of the main spaces (auditoriums, exhibition galleries and open-plan areas) within the Bizkaia Aretoa which will be utilised for EWTEC 2023.

Detailed location information will be circulated closer to the conference date.

If you have any questions please contact a member of the EWTEC 2023 events team through email at EWTEC2023@ewtec.org. 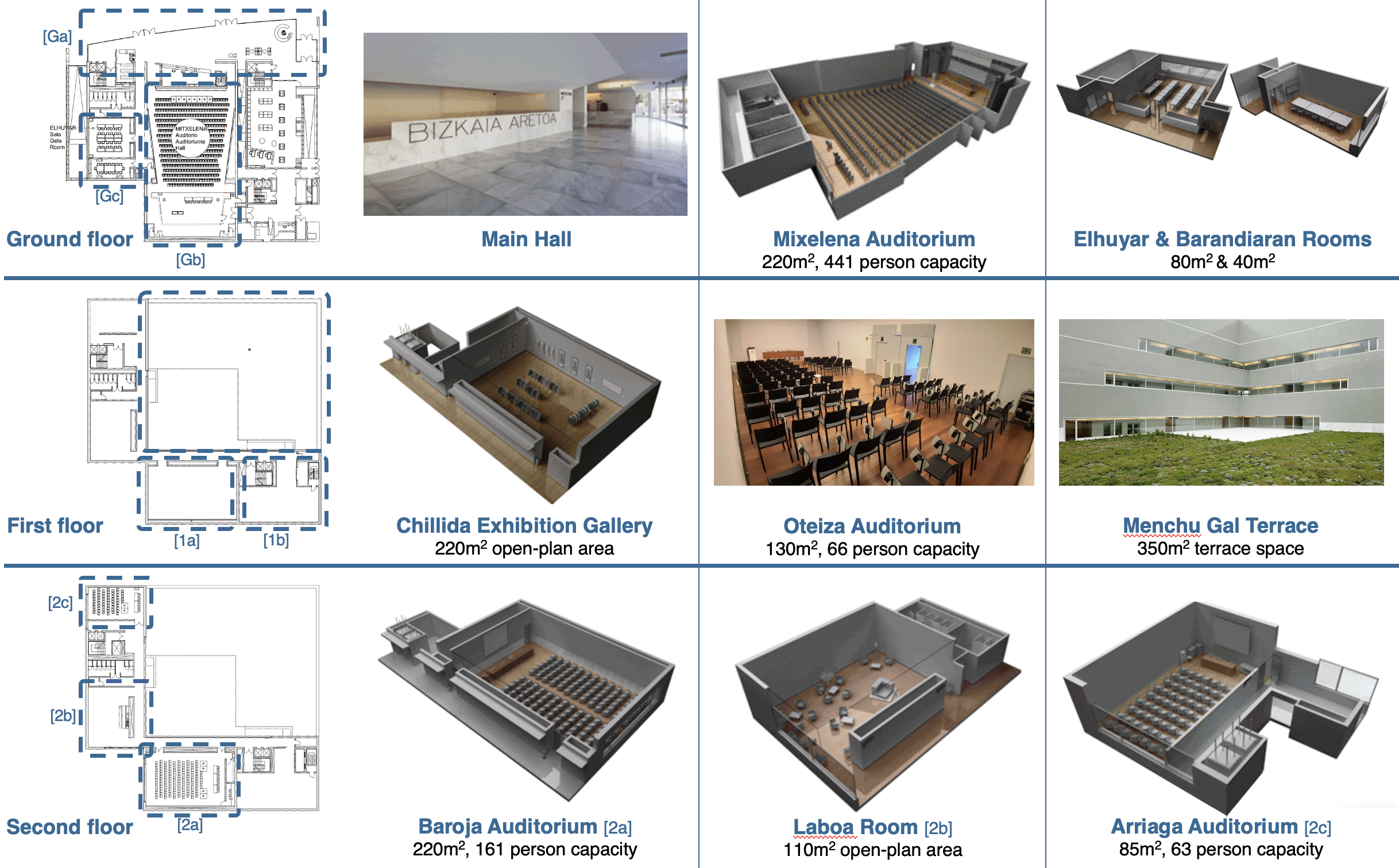 We are delighted to be able to offer several exciting sponsorship and exhibition opportunities.

The University of the Basque Country’s history attracts talented scientists in the search for innovative solutions to global engineering challenges. EWTEC 2023 is a unique opportunity to bring together hundreds of experts in the fields of wave and tidal energy, to the city of Bilbao. Benefits will include:

Sponsorship: The primary sponsorship packages are the Gold, Silver and Bronze partners – details of these exciting opportunities are summarized  in the table below, but for any further information or to discuss a tailored sponsorship package, please contact EWTEC2023@ewtec.org. 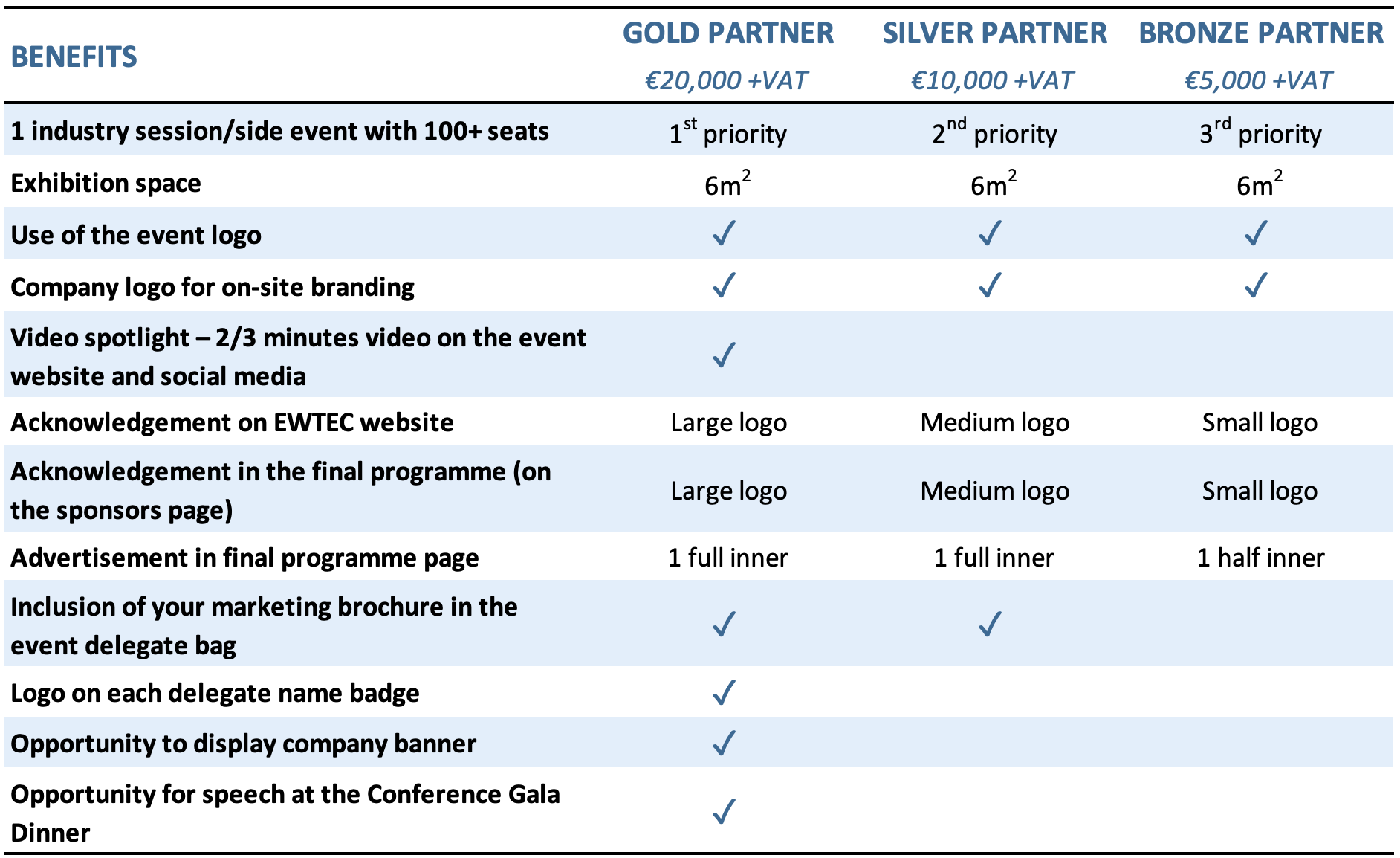 Several other modalities in sponsorship opportunities, such as handbook advertisements, are also available – please contact EWTEC2023@ewtec.org to enquire further.

Exhibition: Exhibition spaces are available for research institutes, universities and industrial professions. Queries relating to sales of exhibition spaces should be directed to EWTEC2023@ewtec.org. Costs range from €1375+VAT for 4sqm to €1480+VAT for 6sqm which includes

Evening sessions (up to 100+ people) are priced at €2500+VAT. Queries relating to Industry sessions/Side events should be directed to EWTEC2023@ewtec.org.

More information about these opportunities can be found in the EWTEC23 Book of Sponsors, or by contacting EWTEC2023@ewtec.org. 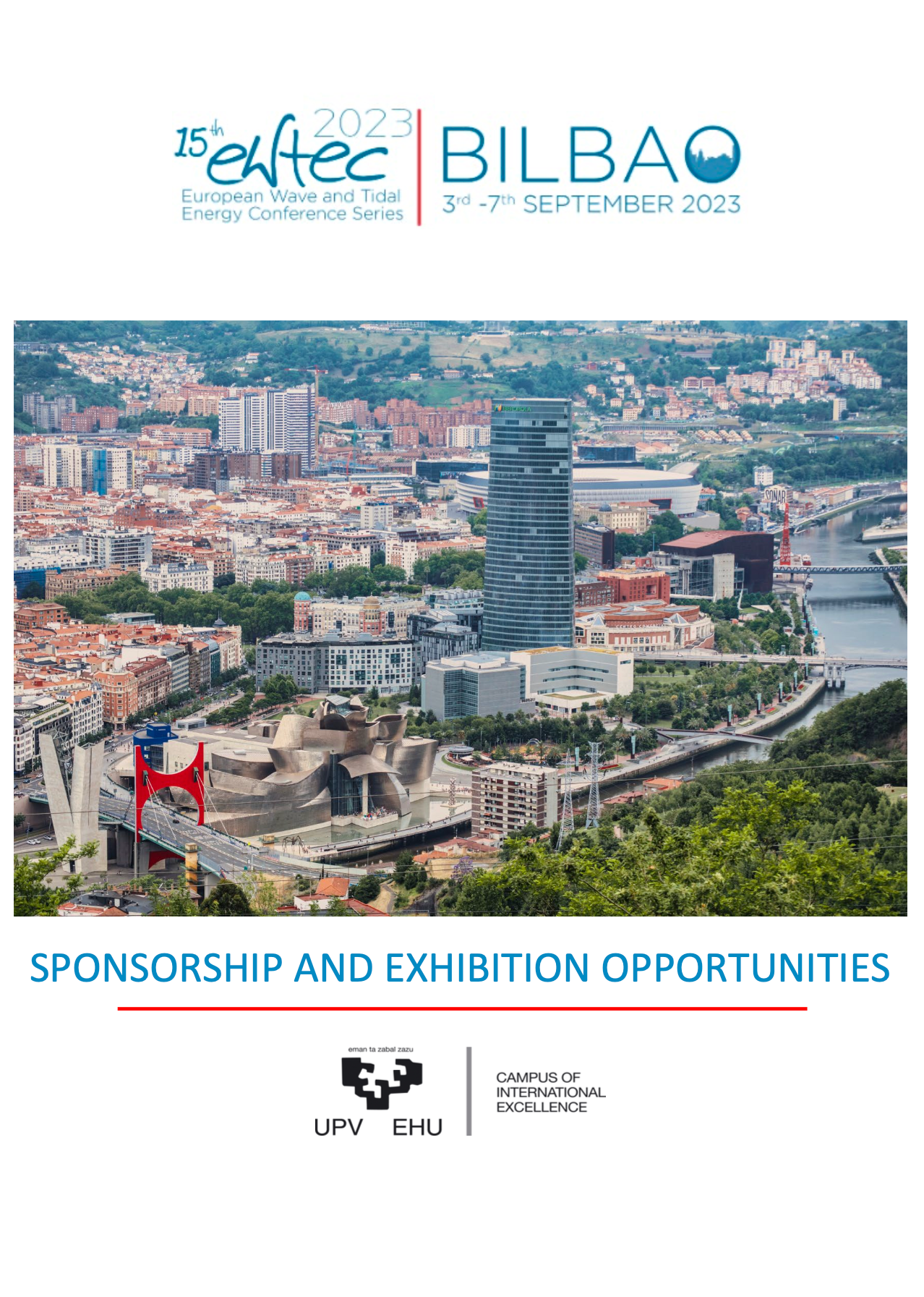 What you can do – While restrictions have now been lifted and large events are once again able to operate, there are measures we can all take to make EWTEC 2023 safer for everyone. Vaccination provides the best protection against COVID-19, and having both doses of the vaccination can significantly reduce transmission. Therefore, and out of respect to everyone attending, we would strongly recommend those with vaccinations still outstanding should undertake these before the event if possible.

We would also strongly recommend that all attendees – whether it has been possible for them to arrange vaccinations or not – take a lateral flow COVID-19 test, returning a negative result within the 24 hours prior to the event. We’re sure you will agree that if each of us follows these measures, we can come together knowing we’ve taken steps to protect each other at the same time. This advice is informed by current local and national public health guidance which may be subject to change. Any updates will be published on this website.

What we are doing – Social distancing is no longer a legal requirement, and would be very restrictive if introduced for EWTEC 2023. Therefore, unless guidance changes, we will not apply social distancing. The venue will be following government guidance in regards to the wearing of masks. We will remind delegates of the latest advice, which may change from that currently issued, ahead of the conference. As things stand though, we will not enforce the wearing of masks.